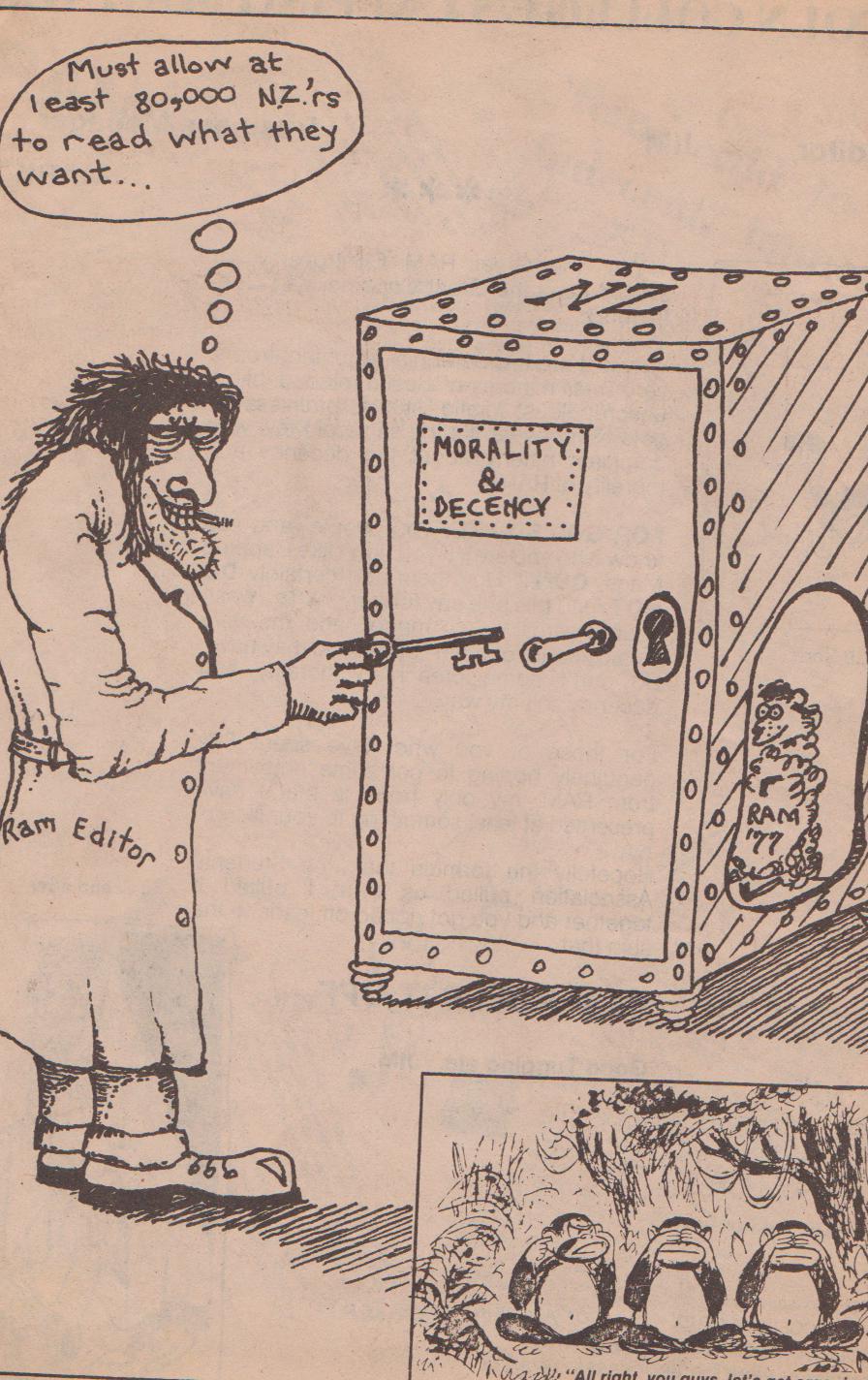 For many years coinciding with capping, Lincoln University students published their own satirical magazine called ‘RAM’. The student association were behind it originally but even they had to distance themselves in later years.

RAM and its ilk were dubbed ‘Capping Mags’ and many a varsity had their own e.g. ‘Grope’ was the one in Otago.

The proceeds from RAM’s publication went to different causes each year.

Produced in good old fashioned newsprint the magazine was hawked on Christchurch streets, even outside high-schools, between the years of 1970 into the late 80’s (note: if you can verify it’s exact lifespan I’d appreciate it) when complaints sadly bought an end to its ribald humour.

Indeed through-out its lifespan RAM magazine was dogged with controversy much to do with its laissez faire ‘bugger the establishment’ editorial policy. Not that any individual(s) publically owned-up to the content. Pseudonyms like 'Fred the Ed', James D, Jim were as close as the public (police?) got to know who was really behind each years mag.

Nothing was off-limits in its pages, which may account for why I’ve ended-up with a small collection.

Homophobic, racist, sexist in the extreme, anti-establishment, outright offensive – in it's day RAM had everything a Kiwi bloke could want and at 50 cents to a buck to buy – they were a steal.

In 1977 they claimed to have a readership of 80,000 in the previous year. This was gutter humour at its best and blokes like me lapped it up.

RAM Magazine is certainly one of those occasions where a picture is worth a thousand words.

Enjoy some of the pages from old Lincoln College Ram Magazines.