One day I was waiting in line at The Sydenham Post Office when I noticed a woman in front of me carrying a package addressed to the British newspaper ?News of The World? and I thought it would be a good name.

Probably most punters will pick ?Flying Nun? and the more astute in our midst ?Failsafe.?

Few if any will now remember the home-grown record label ?World Music? despite their considerable output in the 1970?s and 1980?s.

This output would rival that of any of the major labels in its day, in-particular the albums that jointly came-out on cassette. At one stage the company sold blank cassettes as well.

For much of its viable life (approx 1970-85 ) ?Music World? was the antipodean version of K-Tel featuring anything from yodelling cowboys (Max McCauley and The Mountaineers ?20 Golden Yodels?) to children?s stories (?26 Kiddies Favourites?) This was definitely a budget label and never troubled N.Z Charts to any great degree ?partly because they never issued 45?s but primarily because of their ?market.?

What exactly was this market?

Far be-it from me to disparage the purchasers, contributors nor the producers of ?World Music? I will instead will let their catalogue ?do the talking? and let you be the judge.

Some random LP samples include:

All of these records now languish in the ?$2? bins at your local second had record shop - so grab em? while you can!

There?s a good sample of covers in my gallery.

Let?s put it this another way between 1974-80  Bid?s Accordian Band made 9 albums on Music World ?the last one ?The Accordian Collection? (their Greatest Hits?) came out with 200 tracks on 5 LPS!  Garner Waynes ?100 Singlong Country Favourites? (above) came out as a triple. Only Frank Zappa came out more on triple.

Searching through the pages of books in my own library like say ?Stranded in Paradise? that attempt to present us an historic record of contemporary New Zealand music in the modern era - Music World fails to garnish a single line. This was no deliberate oversight by John Dix etc. Music snobbery has always been part of the industry and its commentators. In some ways this article itself is living evidence of this discrimination.

The You Tube video below is 'Music World' in 90 seconds or less.

?For the Record? (A History of The Recording Industry in New Zealand) by Bryan Staff and Sheran Ashley was much more generous in both content, approx one page, as well as praise.

Music World was definitely not a producer of cutting edge contemporary music.

They were unabrashed advertising their products as ?budget priced?.

Whilst their contemporaries had progressed on-to synthesizers the artists on Music World were happily bashing-out covers on a farfisa organ or producing the dreaded bellows from an accordion.

It?s not like the sales of records like ?Ivy?s Old Time Dance Band: The Good Old Days? weren?t sometimes tracked either, that particular record peaked at 30 on the N.Z charts of June 1981.  Noel Parlane?s ?Old Time Country Music? made it into the top 10 albums the month prior. To put Ivy and Noel into the context of the era, the leading singles in 1981 included The Police, Joy Division, Devo and Blam Blam Blam. Claimed to be ?the? largest selling album produced in New Zealand ever (yes, I mean ever) was the Music World record entitled  ?Golden Saxophones? (1978) made by a largely nameless studio-band from Christchurch. Whilst no verifiable sales figures are available for this record, anecdotally this album sold 60,000 copies in New Zealand and another 500,000 overseas.

Compilations minus the original artists were a specialty of Music World, so instead of ?the? Suzi Quatro  you got ?Freshwater? a pub band from Christchurch on an album called ?Suzi Q: A Journey To The Sky? or ?A Tribute to Kenny Rogers? by a studio band dubbed The Nashville Sound.

Rightly or wrongly it was these ?kitsch? type records that did tend to drag the standalone artists who produced original music on Music World down the credibility scale.

Rather ironically despite the label wearing the badge ?World? virtually all of their artists came from New Zealand, 90% of whom venturing no further afield than Gore to record in Tandems, Sydenham studios. Invariably the production, sound quality of these records, Phonogram did the pressing, often left a lot to be desired ? not that their audience seemed to complain or it deterred sales.

Maligning aside there?s no doubt about it Music World records and cassettes sold, often through what were at the time considered non conventional outlets like bookshops, petrol stations, Hi-Fi shops etc.

Advertisements could be seen on T.V - unheard of for the day.

As you?ll have picked from the above list Music Worlds major genre was ?Country? as well as the novelty market which the larger multi-national record companies dared not tread e.g. ?The Prophecies of Nostradamus? and hypnotherapists implanting the notion it would pay to Stop Smoking.

Jenny Blackadder, Cole Wilson, Smokey Marshall, Dusty Spittle, Danny McGirr all major players on the country and western circuit recorded with the label over the years.

Their premier artist, also amongst their most prolific was Suzanne Prentice.

The owner of the label Hoghton Hughes was himself not adverse contributing musically to the content when the opportunity arose. Apparently he is a dab hand at the trumpet, twiddled the dials production wise as well.

Hoghton was the epitome of an entrepreneurial businessman brazenly naming himself Hoghton ?The Hustler?. 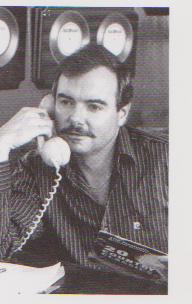 Music World wasn?t Hughes first venture into the music business. He started as a sales-rep for a record distribution company that included in its stable ?Spin-O-Rama? New Zealand?s first budget label owned/started by John H.Poultney.  Inspired Hughes started his the company Hoghton Hughes Ltd & own label called Sailor Boy a name that retailers were embarrassed stocking forcing his to re-name it Master in 1968 then morphing into Music World after a chance encounter in The Sydenham Post Office (1970)

Hoghton Hughes Ltd did not just stop at the formation of the label World Records ? not by any stretch. Tee Vee, Golden Editions, Wells Fargo, Audiomasters etc were all his. How many labels fell under his banner is hard to quantify but from a quick look for the ubiquitous P.O Box 7134, Christchurch on the back of albums, the number must be well over twenty.

With the Music World concept Hughes pioneered marketing music in New Zealand using retailers outside the traditional record shop, boasting in 1979 he had 2,500 retail outlets on his books aiming at a market that was to be fair, then poorly served.

When the local record trade began to die he went into adult toys and his son came on board to dabble in punk music for a short period.

Having made his money from his decade and a bit in the music business on this side of the Tasman he left for The Gold Coast around 1990 where he transferred the Music Would blueprint onto unsuspecting Australians. By then as I've mentioned records were history and discs were in.

His new Australian domiciled record-company produces music under the label ?The Music Factory? with well known titles like ?20 Immoral Classics?, ?Rude and Shocking Sound Effects? and what self respecting record collection is not complete with ?30 Great German Beer Festival Songs??

So the philosophy of Music World is indeed alive in 2011, if not a shadow of its former self as does Hoghton Hughes himself, now in his mid 60?s and who still plays-on his own productions.

Apparently you can?t get enough of a good thing.

Footnote: If you are now salivating at the prospect of getting your mits on ?20 Immoral Classics? The Music Factory catalogue is all available on itunes. Phew!

Thanks to: ?For The Record? by Bryan Staff and Sheran Ashley. A fab book essential in any Kiwi music-lovers library plus the guys at Pennylane.